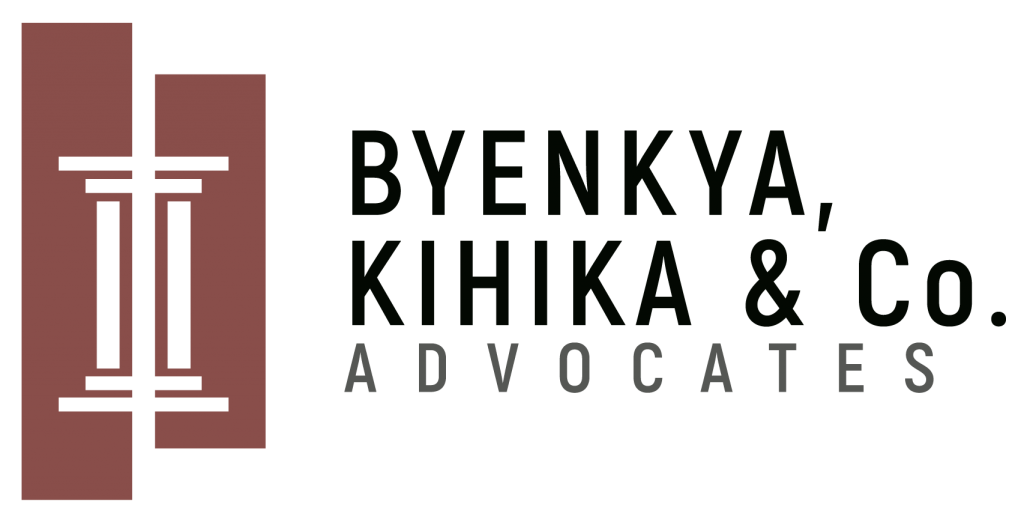 Vesting monopoly rights over clearing, forwarding, and handling services of all imports and exports to and from Uganda through the Port of Mombasa to one company is unconstitutional

Vesting monopoly rights over clearing, forwarding, and handling services of all imports and exports to and from Uganda through the Port of Mombasa to one company is unconstitutional_ Spedag Interfreight Uganda Ltd & 3 Ors v Attorney General & Anor Constitutional Petition No. 85 of 2011.

This Constitutional Court decision is ground breaking and significant as it was the first time the  Constitutional Court pronounced itself on the meaning and effect of Article 40(2)  of  the Constitution which guarantees every person in Uganda the right to participate any  lawful profession, occupation , business or trade. The effect is to strengthen Uganda’s status as a free market economy and outlaw the   imposition of arbitrary monopolies.

On the 25th day of August 2020, five justices of the Constitutional Court of Uganda, unanimously declared, that the actions of the government in assigning a ten (10) year exclusive license to Great lakes Port for the clearing, forwarding and handling services to Great lakes Port to the exclusion of other players was unconstitutional.

The Government of Uganda, contracted with Great Lakes Port Ltd, a private limited company for the establishment and management of an inland dry port at Tororo. Pursuant to the above-mentioned contract, Great Lakes Port Ltd was granted exclusive rights for a period of 10 years in respect of forwarding and handling of all goods imported into and exported out of Uganda through the port of Mombasa.

The above led to a petition before the Constitutional Court of Uganda by the different petitioners who were all limited liability companies incorporated under the laws of Uganda, duly licensed and severally engaged in various aspects of the business of clearing, forwarding and handling import and export goods.

Byenkya, Kihika & Co. Advocates represented the Petitioners and submitted that the act of granting exclusive license to the 2nd Respondent fosters monopoly in the clearing, forwarding and handling of import and export of goods business thus thwarts the same competing rights, privileges or incentives from any other capable person/company with an interest such as the Petitioners.

Furthermore, that Article 40(2) of the Constitution of the Republic of Uganda 1995 as amended, establishes a free market economy in Uganda in relation to all lawful professions, occupation, business or trade and consequently outlaws the establishment of any monopoly by the Government.

In addition, that Article 21 of the Protocol on establishment of the East African Customs Union prohibits partner states from engaging in any practice that adversely affects free trade. Thus, counsel for the petitioners, prayed for a declaration that the contract is a violation of Article 40(2) of the Constitution and that the contract is invalid to the extent that, it is inconsistent with the constitution.

In reply, the Respondents refuted, averred that the petition does not call for interpretation of the constitution and that there is no live dispute therefore no one is aggrieved at the moment. In support of the above averment, The Principal State Attorney submitted that the second respondent was mandated to build and convene the Tororo inland port within 2 years, from the 4th day of March 2009 which was the date of agreement so as to be granted the license and enjoy the rights thereunder. That, the second respondent was not granted the exclusive license since they did not build the port within the 2-year period. That the second respondent abandoned the contact because it was frustrated.

In furtherance, The Principal State Attorney submitted that the Government has the right to restrict the rights in interest of the general public. That it was for a specific period of time to enable the second Respondent to recoup its investment and the contract would be under monitoring of the government. That the limitation created by the contract is demonstrably justifiable in a democratic society. That Court dismisses the petition for it had no merit.

Counsel for the 2nd Respondent, added that the contract did not take off because of the petition. That banks refused to fund the project because its viability depended on the exclusive rights under the contract which were being challenged in the petition. More so that the petitioner’s rights were not extinguished so far as their clearing of exports and imports from Tororo to Kampala the exclusive right was over a foreign jurisdiction thus the Constitution Court of Uganda had no power to adjudicate.

In addition, as to whether the petition was bad in law as there was no live dispute, court distinguished the case at hand from the case cited by counsel for the respondent that is, Legal Trust (LBT) Limited and the Attorney General of the Republic of Uganda Appeal No.4 of 2012 on principle that a court cannot adjudicate hypothetical questions or a matter with no legal dispute. The Justices of the Constitutional Court in the case at hand, found that notwithstanding the fact the 2nd Respondent had not yet built a dry inland port at Tororo, the contract in question was made by the Respondents and it was the entering into of such a contract that was questioned. Thus, the dispute was not hypothetical as alleged by the respondents.

In furtherance, as to whether the petitioner had established a prima farcie, that their right to enjoy Article 40(2) of the constitution was being impaired by the actions of respondents. The Constitutional Court found that the government of Uganda had created monopoly in the trade of handling exports and imports to and from the inland dry port. This is because the government of Uganda granted the 2nd Respondent a license to operate for 35 years from the time of commencement of full operation to offer services stipulated in the contract. In addition, the government granted the 2nd respondent 10 years exclusive license to offer services in respect of all sea borne Uganda goods passing through the port of Mombasa and /or the company’s handling facility at Changamwe for Onward transfer to the Inland Dry Port at Tororo. Under the same license, the company would exclusively offer the services in respect of all sea-bound Ugandan goods passing them through the inland dry port at Tororo and or the port of Mombasa.

On whether the act of the government granting exclusive right to the second respondent was for the interest of the general public and/or demonstrably justifiable in a democratic society and thus allowed pursuant to article 43 of the constitution. The Constitutional Court found the government in the circumstances of the case, did not have the power to enter into a contract that limited the petitioners’ fundamental right under article 40(2) of the constitution. This was because the Respondents did not point the Constitutional Court to any law that sets out the necessary limitation neither did, they give any justification for the limitation considering that they bore the burden of proof to that effect.

Conclusively, the Justices of the Constitutional court unanimously declared that the act of the respondents executing a contract which purported to vest monopoly rights over clearing, forwarding, and handling services of all imports and exports to and from Uganda through the port of Mombasa in the second respondent was inconsistent with and in contravention of Articles 40(2), and 43 of the constitution and to that extent null and void. The Petitioners were thereupon awarded costs of the petition.

The decision is an important one for individual economic rights, protects the free market,   enhances competition, and outlaws the arbitrary creation of monopolies in Uganda.

The decision is a significant development in the constitutional jurisprudence of Uganda particularly with regard to economic rights and is likely to become the standard by which future government action in relation to limiting competition or the free market is measured.

Should you require more information on this article, please do not hesitate to contact litigation counsel who in this case were:

IMPLICATION OF THE DECISION OF THE COURT OF APPEAL OF UGANDA ON REGULATION OF CROSS-BORDER FINANCIAL SERVICES.

An end to monopoly rights over garbage collection scheme in Kampala